The Day Print Died. Or Did It?

The Day Print Died. Or Did It?

An Insight Into The Medium of Print

It’s Often Regarded As An Obsolete Marketing Tool, But We’re Glad To Tell You That Print Is More Alive Now Than Ever!

The year of 2014 was an interesting one for me. It was my final year of school and in the summer I was soon to be sitting my GCSEs. Man how time flies by. I went from being a petite 11-year-old with a rug sack bigger than me to a lanky, acne-infested dork with glasses uncertain as to why the ‘popular girls’ wouldn’t go out with me. I only wanted to show them my jar of frogs but alas. When taking a break from studying I was scrolling for a film to watch and stumbled upon American Psycho, Brett Easton Ellis’s signature magnum opus. I placed my pen down on the table after spending the better part of three hours painstakingly revising, for want of a better word, algebraic equations (spoiler alert I detested maths).

It is 80s New York where our narrative takes place and a corporate boardroom where we lay our scene. Patrick Bateman, Christian Bales’ devilishly handsome antagonist, reaches deep into his suit and clutches a business card. Of course, being in a room full of yuppies, his card is soon exceeded by his other colleagues and what follows is a downward spiral of continuous one-upmanship. The business cards of all the men were refined, bathed in elegance, and an exercise in style. Such was the fruit of the printing press. The typography? Audacious and aesthetically appetizing! Important content expressed in a slender font to match the slender physiques of the yuppies or obese and imposing to mirror their outlandish hairstyles and fashion choices.

It wasn’t until five years later when I was in my final year of university did I appreciate the medium of print. My background is in journalism and the craft goes hand in hand with the now ancient instruments of the fountain pen, the black notebook, and of course that old and reliable printing press. My final project for the university was to produce a seventy-page men’s magazine and hand in a physical copy to be put on display for the public. I remember walking into this boutique shop with a collection of posters and leaflets visible for all to see. I walked into a room and they opened up the email I had sent to them with the PDF of the magazine ready to be printed. I caught my first ever sight of a printer and watched it churn out page after page of my creation. For a fleeting moment, I began to think about the art form of print.

“Print Encourages A Sense Of Closure, A Sense That What Is Found In A Text Has Been Finalized, Has Reached A State Of Completion.”

I went home that night and began to do some research on printing presses and printing shops and came across, oddly enough, an old episode of the Apprentice which showed how the printers were effortlessly able to birth multiple copies of newspapers. It was then my outlook began to shift, a ripple, rather a flutter, in the paradigm of my philosophy. I began to have admiration for the level of craftsmanship that must surely be funneled into this enterprise that is equal parts intrepid and intricate. In spite of regarding it with awe, one question lingered in my mind and that was: is print dead?

As of 2020, the current marketing tools are social media juggernauts such as Instagram, Twitter, and Facebook. This sense of global connectivity isn’t purely the reason behind the death of print but it is certainly a prevalent contributing factor. As an indirect method, they certainly have their advantages. Considering major brands like Coca-Cola, McDonald's, and Disney all rely on having millions of followers at their disposal and factoring in the number of people who can be reached in an instance, this adds an element of challenge with regard to the print industry. Further, it’s free to use and actually generates the client money through sponsorship deals. There’s also the added benefit of the platforms being environmentally friendly since no trees are harmed in the marketing of online social media posts. 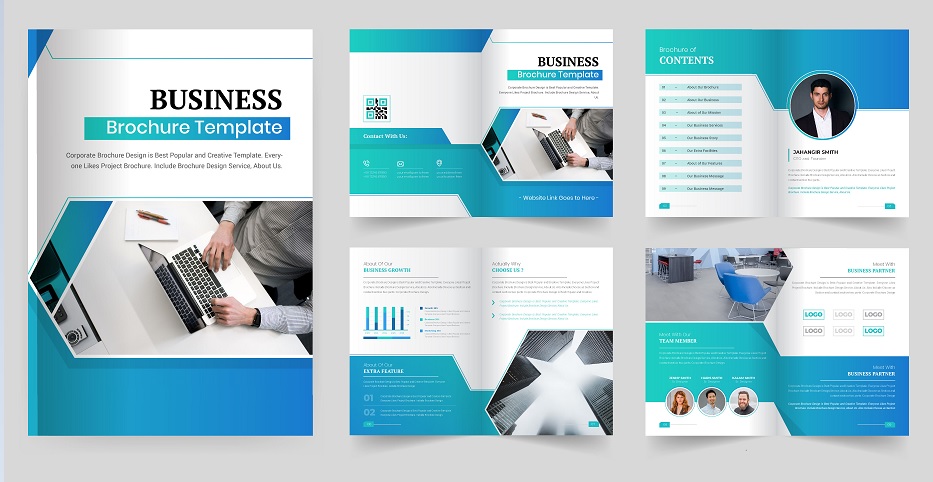 Brightside Print and Design is entirely committed to producing captivating business reports with the twin vehicles of stylish symmetry and impeccable visuals.

It’s like being back at school when there’s a spelling bee. You spell nine out of ten words correctly and you think you deserve the Nobel prize for literary contribution. This moment of awe quite literally crashes and burns as soon as you make the shattering discovery that swotty McBoffin gets given a golden sticker because they got one hundred percent. The point being there’s always a new kid on the block or in the fluid, wibbly-wobbly, and ever-evolving world of marketing a constant power struggle between old strategies and novel concepts.

Naturally, new things will inevitably come along but that doesn’t mean the old should be forgotten. After all, people have been relying on parchment since time and Memoriam so just because some jumping Jack flash comes along doesn’t exactly mean the thunder has been stolen. One principal advantage that print has over social media dwells within the realm of psychology. As a direct method of marketing, you are more likely to remember something printed on a piece of paper or a bus than something on social media. This is because the well-oiled machine that is our brain analyzes everything about that piece of paper in an instant. Its texture, weight, and colour.

So even when new social networking platforms such as TikTok appear, it’s easy to use this as yet another reason why print is dead, but agencies such as LDA London Design Agency embrace this marketing tool equally as much as print. The demise of print does not seem not to be the case in reality then? There are numerous reasons as to why social media is an effective medium and so precious few people take the time to contemplate why print should be seen as an effective method. In short, print is effective due to the following:

Images on the internet are constantly being deleted and replaced so it can be a Herculean feat to sift through tens of images only to discover that graceful pic of a rainforest you discovered yesterday has been deleted. Found a picture of Jade Mountain for your 50th wedding anniversary? Great but an hour later it has been removed; thank you come again.

Scientific research has documented that there is greater retention of information from print than there is on digital media. A 2005 study observed that on balance readers often read screen information at a mere 30% of the time it takes to read a printed leaflet.

Print has been around longer than most of us can ever really remember and, to the astonishment of many millennials, will continue to do so long after we’ve gone. It’s old-fashioned admittedly but far more reliable and trustworthy than social media campaigns that many people, especially those dreaded baby boomers, have even heard of. There’s something far more genuine about a printed leaflet being posted on your door than a generic website that could even corrupt your PC with viruses.

If everyone and their neighbour's cat are switching to social media then doesn’t it make more sense to just digitalize? Not necessarily as this presents an opportunity to saturate the market with print. Since fewer people are using printed leaflets and opting for that PC propaganda the market is less crowded enabling more space to market your brand via, you guessed it, print.

Of course, one man who declares undying love for print is Laurence Hobbs, the managing director of Brightside Print and Design. With 29 years of experience, 3 offices and 14 brands associated, including Tiffany and Co as well as Garden Court Chambers, Brightside is a leading figure in the world of printing. “Brightside is confident of the future even in these dark times,” says Hobbs clutching a coffee and hobnob. “I’ve been in this industry for longer than I care to remember and seen off many challenges, witnessed the evolution in dynamic of the print industry, and marveled at the progress we as a business has made for the past two decades. We endeavor to deliver the first-class service with access to state-of-the-art printing technology and a dedicated following of employees exhibiting an unyielding passion for the industry.” 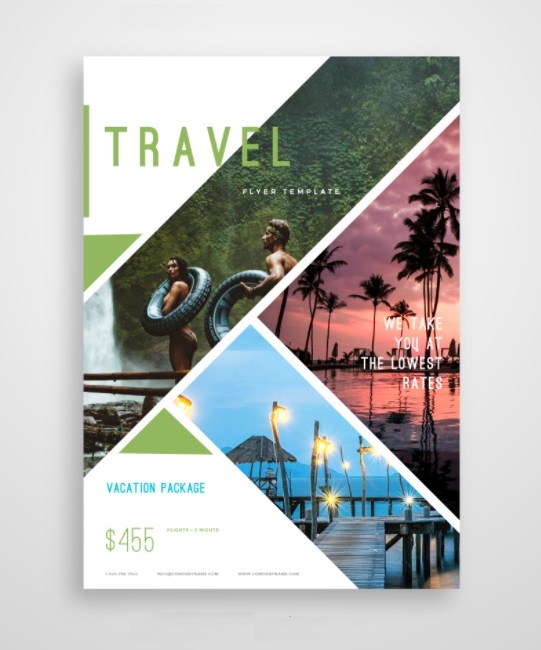 What A Wonderful World: Our prospectus’ reside in a myriad of areas including travel and tourism with a conscious effort to ensure we deliver a quality service to our consumers.

When interrogated about the decline of print and whether this is at all problematic, Hobbs said gleefully; “Social media is absolutely an idyllic medium but print has advantages that just can’t be translated in the digital world. People are instinctively drawn to a printed paper as generations of people have been conditioned to recognize printed language through books, newspaper articles, and flyers. Print may decline but I very much doubt it is to quote dead.” As with any and all businesses the recurring concern persists as to how do I maintain the old methods whilst also trying to engage with that which is new?

So it seems that print is never really going to disappear and nor should it. It works effectively as a credible and effective medium. And further, social media isn’t designed to replace the printed medium rather the two of them, if utilized in a joint endeavor, can effectively generate enough hype and buzz that market specialists should retain both with high regard.